About Us > David Roberts 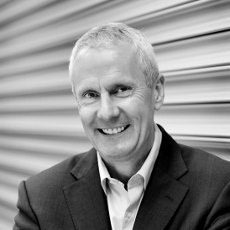 After graduating in Mechanical Engineering Science, David spent a number of years working in the pharmaceutical industry initially in the UK and later in the USA.

He turned his attention to construction-based products in the late 1980’s, initially in the role of Development Manager, progressing onto Director, and eventually Managing Director of the liquid roofing supplier, Polyroof Products Limited.

David has taken a keen interest in European matters helping to promote and protect the interests of the UK liquid roofing market initially through his involvement with the national technical committee and more recently in his role as Vice President of the European Committee of Liquid Applied Waterproofing Systems, Cesel Eclaws.

He has also been heavily involved in training matters including the writing of the NVQ level 2 and recent development of the Specialist Apprenticeship Programme (SAP) for liquid applied systems.

David has been a Board member of the Liquid Roofing and Waterproofing Association, LRWA (initially under the ELWA banner), for the last five years, having been heavily involved with the technical committee for many years before.