About Us > Ian Birch 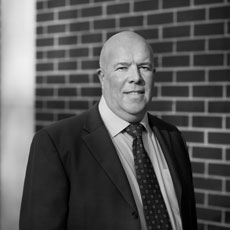 Ian started work with Crown Paints in Darwen as a management trainee in 1982 and studied to attain an HNC in applied chemistry during his time there.

Over the next 30 years he worked in technical, production, marketing & sales roles in the construction products industry with companies such as Rocol and Akzo Nobel, focussing mainly on the specialist coatings sector.

He joined Tor Coatings in 2000 and was involved in the management buyout of Tor before Rustoleum Inc. acquired the business in 2007. He has been looking after the liquid waterproofing offer for the last 13 years and became a Member of the Institute of Roofing in 2012.

Ian has been an LRWA member for several years and was elected to the board in 2013.