The Project
The existing failed waterproofing system was removed by planing and vacuum blasting of the concrete to remove surface contamination.
The TREMCO MMA Rapid Cure System was installed in marginal weather conditions due to the project being carried out later in the year than originally planned.
MMA systems cure rapidly, even in low temperatures, and each layer is rain safe after half an hour. As soon as the surface is dry, it can be over coated with the next layer – perfect for application between the frequent showers. 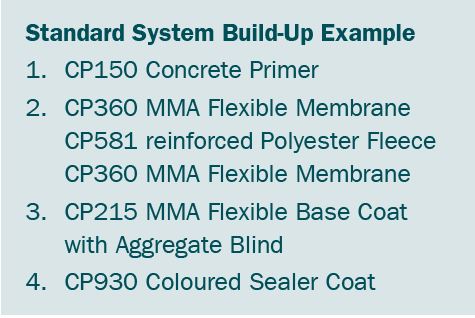 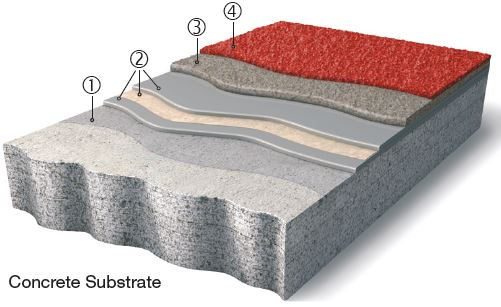