Background
This £26m office new build project for client Hyde Park Group Ltd was awarded to Kier Southern Ltd. The new building expands the office capacity for rapidly expanding tenant Rackspace Ltd, a leading global IT services company. The new office building is the most recent addition to the cluster of high tech offices that form Rackspace City in Hayes, West London, UK. The building incorporates a large basement car park which, on plan, is larger than the building foot-print. This gives rise to a concrete basement ‘lid’ around the perimeter of the building that needed to be waterproofed, prior to the installation of paving and planted areas.

The Challenge
The Kier project team needed to select a waterproof system for the basement ‘lid’ that could be installed in two distinct operations.
• Firstly, in a 50 cm wide strip at the facade wall line, to enable the installation of the cladding panels.
• Secondly, nine months later, the main basement ‘lid’ areas needed to be waterproofed.

This second phase of the works was a critical path item for the Kier team as it was programmed only two months before contract completion and had to be completed prior to screeding, paving and soft landscaping works.

The Solution
The Kier project team were contacted by Grace and specialist waterproofing contractor Volker Laser Ltd. After an assessment of the technical, operational and commercial parameters of the project, Grace Silcor® liquid waterproofing was proposed to Kier.

After site meetings, costings and discussions, the Kier team accepted the Grace proposals and awarded the waterproofing sub-contract to Volker Laser Ltd.
Silcor® is a rapid set polyurea, two component liquid waterproofing system that can be applied by trowel and spray. Silcor® has a BBA Certificate, a European Technical Approval (ETA) and is increasingly becoming the system of choice for waterproofing new concrete podium decks and basement ‘lids’.

Silcor® 900 HA (hand applied) was installed to form a 50 cm waterproofing strip at the facade line of the building. This strip was left exposed throughout a full winter as the cladding panels were installed. Only minimal damage was caused to the Silcor, which was repaired prior to the second phase of the waterproofing works.

Silcor® 900 MP (spray applied) was installed on the main basement ‘lid’ areas, where 1,000m2 coverage of both primer and membrane was achieved in a sixteen hour application period (around 60 m2 per hour for full system).

To accelerate the Silcor® 900 MP application, Silcor® Primer EP LT, an epoxy primer formulated for rapid cure at low temperatures was used. This primer reduced primer cure times from around six hours to around two hours.

The day after the completion of the second phase of the water-proofing, screeding of the paved areas commenced without the need for any protection of the Silcor waterproofing.

The Benefits
The Kier team needed a waterproofing system that could fulfill a number of criteria, which the Silcor® system was successful in meeting:
• Could be installed in two distinct phases, with ease of lapping onto previously applied waterproofing, after nine months delay.
• Was robust enough to resist damage from site activities for nine months, without the expense of additional protection.
• Could be applied quickly during the second phase of the works.
• Could be immediately screeded, to enable quick installation of paving. 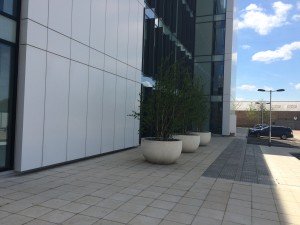 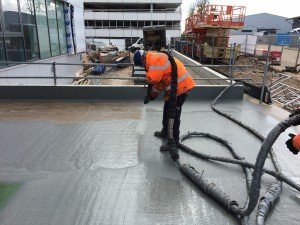 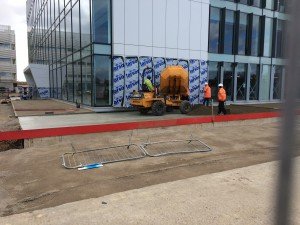 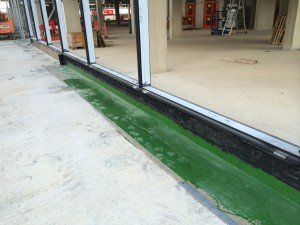