About Us > Cliff Weston 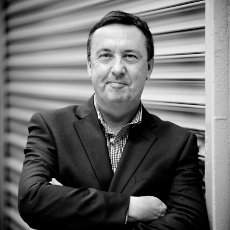 Cliff has been working in the construction industry for 30 years.

Cliff started as a draughtsman for consultants Sir Frederick Snow & Partners in London before moving into the roofing and insulation sector where he has enjoyed working for the last 27 years.

During this period, he has worked for insulation manufacturers Vencel Resil Ltd, where he used his experience in engineering drawing, to manage the internal drawing office which was instrumental in establishing the ‘tapered roofing concept’ so widely used today. Cliff then spent five thoroughly enjoyable years at Coolag Purlboard, part of the Tarmac Group later purchased by Kingspan, working his way up the management ladder in a variety of technical sales and managerial roles.

In 1991 Cliff took up an offer to join his current employers Stirling Lloyd who are a British manufacturing business specialising in a wide range of waterproofing and repair products. This move provided diversity in both the building and civil engineering markets where continued success resulted in an invitation to become a main board director in 2005.

Cliff is also a Director of LRWA where he currently holds the position of Chairman and has served the association as Vice Chairman of the Car Park Working Group for the several years.

During his career Cliff has worked on some of this country’s most outstanding engineering and construction projects including St Pancras Station, Heathrow T5, Channel Tunnel Rail Link, East London Line and the 2012 Olympic Stadium.