About Us > Sarah Spink 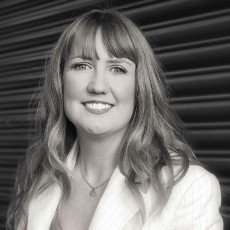 Sarah has worked in the Liquid Roofing Industry since 2006 and has been the Chief Executive Officer (CEO) of the LRWA since March 2017.

As CEO, her primary role is to provide strategic direction to the association as it continues to grow, raising awareness of both the technical and financial benefits of specifying liquid applied membranes.

Sarah, who previously worked for a leading liquid roofing manufacturer in both commercial and technical roles, got involved with LRWA in 2009, and soon became the chair of the marketing committee.  She played an active role within the LRWA, and in 2010 spear-headed the rebrand of ELWA (European Liquid Waterproofing Association), to what is now the LRWA. In 2013, Sarah was asked to join the board becoming the youngest and only female director before taking on the role of CEO.  Sarah also holds positions as Officer of the Board of the Construction Products Association (CPA)  and is the current Chair and Director of the Institute of Roofing (IoR).